It all started when Cpl K Handley arrived for duty at 17:23 on Monday.  She was the first young participant to arrive for what was to be an enthralling week of music-making.  Coincidentally, Cpl Handley was also one of the last to leave, late on Sunday night after a fabulous concert in the Town Hall.  Katie is not (so far as I know) a musician, but she is one of the 264 (Skipton) Royal Air Force Air Cadets Squadron, which during the week, gave over 120 hours of calm and efficient service at a time when other stewards are hard to find.  We couldn’t do without them. 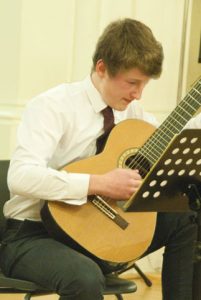 Performer numbers were, not surprisingly, lower than we are used to but the quality of those performances was certainly not.  Throughout the week, we were treated to a feast of (sometimes unexpected) moments of brilliance.  Our first evening brought us several high quality examples of adult flute playing while on Tuesday we were treated to a duet, sung by Finn and his dad, Mike.  Strictly speaking, it was not “Great Music” but a performance that was deservedly greeted with a standing ovation and which on Sunday was awarded the President’s prize for the performance which gave the greatest pleasure.

The Skipton Festival is not, however, all about the adults.  Throughout the week, the Festival welcomed performers from 2 and 3 years of age to mature school leavers preparing to make their way into an adult world of music.  Each day has its own theme.  Tuesday’s piano classes gave way to the strings, guitars, glockenspiels, fifes and woodwind of Wednesday.  Recorders dominated Thursday and Friday was Choir Day, ranging from the tinies in their nursery classes to confident performances from junior school choirs in the afternoon.  The youth part of the Festival ended with Friday evening’s Recital classes. 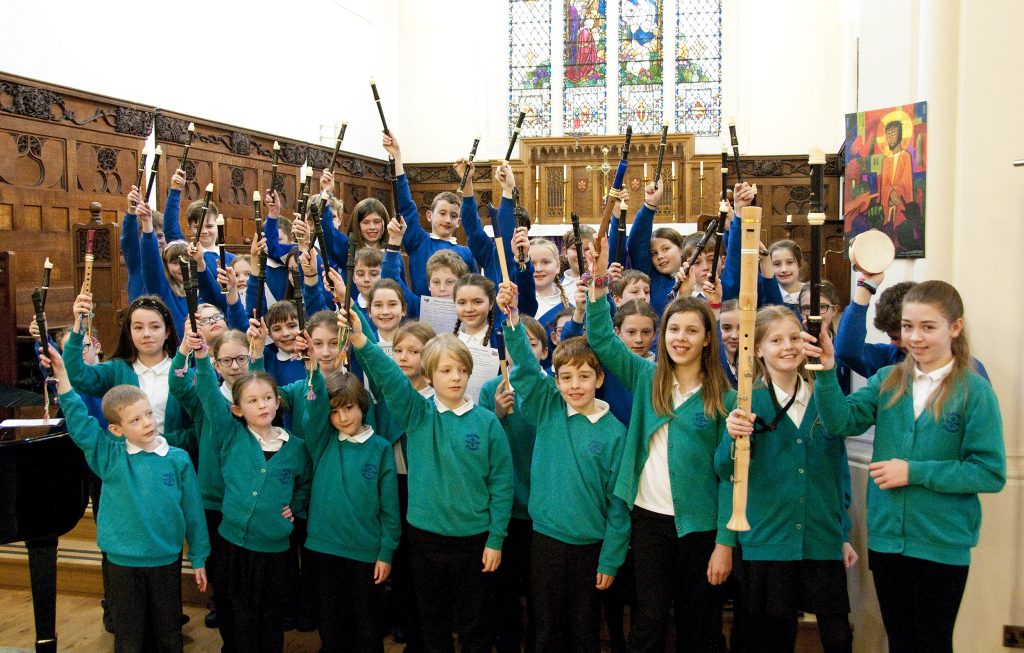 It is that range which is the strength and purpose of the Festival.  It is not just about remarkable performances, it’s a journey for our youngsters.  This year that journey began with the pre-schoolers listening to a concert from a small band of young players, before performing their own song and then joining in as a massed choir (including the whole audience!)  The 7- and 8-year-olds then begin their solo careers, perhaps on piano or recorder, growing up and moving onto new instruments, gaining experience and confidence as they grow.

There were plenty of amazing performances during the week, with some repeated in Sunday’s Gala Concert where we shared the stage with the amazing international saxophonist, Jess Gillam.  Alfie Davies had given an outstanding vocal performance from “Matilda”, but couldn’t join us on Sunday as he was busy being crowned as Overall Champion at another event in Harrogate.  Our own Best Under 19 performer was the outstanding 13 year old violinist, Saanvi Reddy while the Ann Ware Trophy for the Best Senior Recital went to the third outstanding performance of the week, Hamish Wills, on soprano saxophone.

We speak of progression.  A major delight throughout the week has been our official accompanist.  The accompanist rarely gets much mention, but Nicole Johnson is rather special to us.  She grew up with the Skipton Festival and now has a successful musical career in London.  Her sensitive accompaniment and tender care for our young and nervous recorder players won her as much appreciation as did her brilliant accompanying of some of the more challenging pieces, including some fiendish compositions for Jess Gillam on Sunday night. 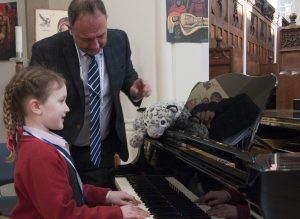 What can one say about Steven Roberts, our adjudicator?  There are abiding memories of him, sitting cross-legged on the floor with the infants and encouraging the townsfolk of Skipton to join in with The Wheels on the Bus.  We saw him choreographing the massed school choirs as he taught them a new song and watched as he bounced around the hall, delivering his adjudications directly to the performers.  We have particularly valued those judgements, always fair; always absolutely to the point; always encouraging and uplifting and always (to the organiser’s delight) tailored to suit the time available!  This is his third visit to Skipton and we will make sure that it will not be his last.

The major prizes awarded on Sunday were: